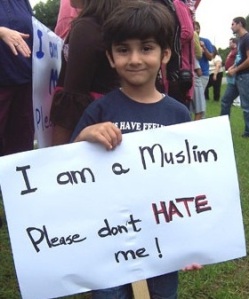 My weekend adventure to New York City with the kids was overwhelming in so many ways, it’s impossible for me to blog about the entire trip in one sitting. When I plan a trip, I make sure to get every single penny’s worth.  Not because I’m anywhere near remotely responsible with money, but so we can experience this life to the absolute fullest. You wouldn’t think a trip to the city would be emotionally sapping, but it was.

It tugged at my heart strings simply getting in the car and finally being able to afford to take my kids on a mini vacation. Now, to a lot of people, that’s going to sound spoiled, and perhaps we are. However, having pulled myself up from a point (not all that long ago) in my life where I was literally digging for change under the seat of my van to pay for gas to get work, this is huge.  Ask my local gas station attendant.  He’s so happy to see me coming in with bills instead of fistfuls of quarters, nickels, and dimes (of course I didn’t pay in pennies…that would be humiliating).

The next gut-clencher was chatting with my children’s (oh gosh, she’s been an integral part of their lives for 6 years now, so I call her a Stepmom…ring or no ring!) Stepmom. I sent her a message just as we were boarding the train letting her know that Max was complaining about his Dad’s cooking. I told her Max didn’t understand why she couldn’t just cook stuff and send it home. You see, Stepmom recently left on a deployment to Kuwait, which makes us all very proud and very sad at the same time. She and I managed to message a bit before the train left the station; but it was bittersweet logging off. As the train departed, I pondered the unfairness of her being over there, sleeping in a tent on a cot, while the kids and I were off to explore one of the most amazing cities in the world, and rest our heads in a comfy hotel room. Not only were we heading on a nice little journey, we were going to the very place terrorists attacked, creating the need for Stepmom (and so many others) to become active in fighting the war on terror. Suddenly this happy trip seemed a little unjust.

My son’s most important stop was the Statue of Liberty. From the moment we started planning this trip (in fact, for years before the planning started), he insisted he see the Statue – not from the binoculars at the top of the Empire State Building, not from the southernmost tip of Battery Park, not from the passing-by ferry…but up close. I had passed the Statue on a trip out to Ellis Island years ago. Quite frankly, that was close enough for me. I saw her in real life, took some pictures…I was feeling officially American. I had no idea how moving it would be to actually set foot on Liberty Island. As I thought it was sinking in just how meaningful and iconic the Statue had been, and still is, for so many people, I noticed a Muslim woman off by herself beneath a tree. Her shoes were placed beside her on this crisp December morning. She was on a mat and poised for prayer. Momentarily, and much to my surprise, a mixture of anger and fear washed over me. How dare she be so blatantly Muslim in a city (a country, a world) still reeling from 9/11? What audacity must she have to practice Muslim prayer rituals right here at the feet of the biggest symbol of all that is American? As quickly as the anger and fear flashed, shame followed. My children never missed a beat. They saw her. They didn’t stop and stare. They didn’t ask me awkward questions. They saw nothing wrong. Nothing wrong. Exactly. Everything was as it should have been. For this Muslim woman, the ability to pray freely, enveloped in the protective arm of Lady Liberty, was probably something she waited her whole life to do. How moving and emotional must that moment have been for her? I was lucky enough to witness it, but ignorant and fearful enough to nearly not appreciate it. Everything our country stands for…right there in that spot, in that moment.

So as not to wax too philosophical…this experience also brought me back to a time 22 years ago…pre-9/11, pre-fears of Middle Eastern people…when a 16-year-old Amy was working at McDonald’s. It was a relatively slow afternoon, when a couple vans of “out of towners” came in to the restaurant. Adorned in beautiful sandals and dresses, they proceeded to unroll vibrant mats and place them…IN FRONT OF THE COUNTER. In unison, they removed their sandals and assumed a kneeling position with their foreheads touching the ground in front of them, arms outreached.

Keep in mind, please, I’m a 16-year-old girl who’s barely left my hometown, where cows outnumber people, and everyone knows everyone and assumes everyone in the world is like everyone out in the back forty.

I was amused, intrigued, and afraid simultaneously. I leaned cautiously into my boss and whispered, “What’s happening?” His eyes were wide and he replied, “I have no idea, but the last time they did this, my car wouldn’t start.”

Call me crazy. Tell me I’m inconsiderate. Point out how closed minded I can be. I mean, I, too, feel compelled to pray prior to eating fast food; but If you were minutes away from prayer time and craving chicken McNuggets, wouldn’t you wait until after prayer time to come in and order your Happy Meal?